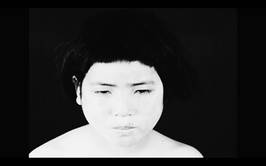 In 1946, eight months after the atomic bombings, an American army film team made a feature documentary in Japan.

Several reels are shot in Hiroshima and Nagasaki but when they arrive in the United States, the viewed images are immediately classified «secret defense».

“The reel 11004” explores the 19 minutes of a reel of these rushes and reveals, frame by frame, the first censorship of nuclear history. 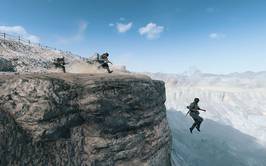 How to Disappear” is an anti-war movie in the true sense of the word, searching for possibilities for peace in the most unlikely place of an online war game. It’s a tribute to disobedience and desertion - in both digital and physical-real warfare. Shot in the picturesque war landscapes of “Battlefield V”, the hyperreal graphics become the backdrop for an essay-like narrative. The film revolves around the history of deserters - a part of human history, which has hardly been illuminated. Performances and creative interventions explore the scopes and limits of the audiovisual entertainment machine.

Push This Button If You begin To Panic

Bartholomew Whisper went to the doctor today. There he met administrators keen on experimental surgery, and lonely MRI machines. At least the growing hole in his head was becoming quite beautiful. 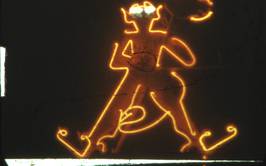 Today in Colombia, the last peace agreement shatters to pieces and violence takes over the country. Two films shot in 1984, lost for more than thirty years, come to light together. 84 drags the viewer between fiction and documentary through this cursed reels, into a divided country, between cities and countryside, condemned by a dark omen of repetition and death.