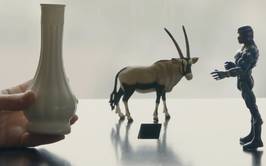 IN FLOW OF WORDS

In Flow of Words follows the narratives of three interpreters of the International Criminal Tribunal for the former Yugoslavia. They interpreted shocking testimonies from witnesses, victims and perpetrators, without ever allowing their own emotions, feelings and personal histories to be present. Contrary to their position at the tribunal, this film places their voices and experiences center stage. 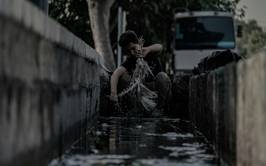 Fuad is a 12 year old young boy who has come to the capital city, from surrounding cities, to be able to support his mother's living expenses in addition to those associated with her illness. He is willing and ready to take on any paying job and engage in any business, including slaughtering roosters, sifting through garbage, and carrying loads, where he encounters problems and difficulties when engaging in each job."Daily Massacre in Tehran" portrays pieces and layers from the life and problems of a young small town boy in the capital city. 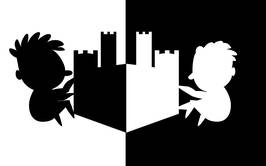 First we see a peaceful scene on a beach, with a city in the background – but almost immediately, the view opens up onto a structure of differentiation. The seaside bathing scene shifts and its centerline becomes the boundary of a mirror image: here black/white, there white/black, over here positive and over there negative, one side familiar and the other side foreign. These categories correspond to well-known social and ideological constructions. In his minimalist animated film, Leopold Maurer draws attention to the fact that, despite existing notions, the people on both sides behave in very similar ways. 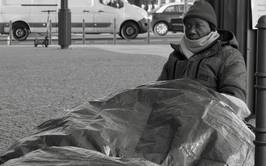 Gerson Liebl, grandson of a German colonial official from Togo, has been fighting to obtain German citizenship for the last 30 years. As a last resort, he decides to go on hunger strike. The images of his unswerving perseverance in front of Berlin's Red Town Hall are accompanied by statements, testimonies, legal texts, political positions and excuses - then and now. 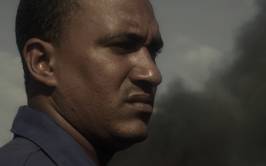 Raudel lives and works in a ship-breaking yard in the West of Cuba. Haunted by a strange childhood memory, he is on the lookout for ghostly presences.