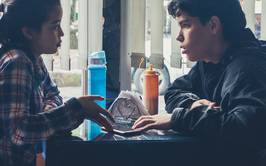 Ana and Yeison are a teenage couple who make the decision to travel from their home town to the city of Medellin, in order to perform a clandestine abortion. Both are willing to execute their plan, even without having experience in the subject. They try to remain united and hope to stay together after all of this episode. 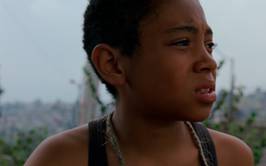 Julia, an 8 years old kid, is trapped in a Mexican town in the middle of the war against drug trafficking. Miria, a hitman boy owned by a drug cartel, is on the run.
Both kids meet and find shelter in Julia’s hiding place. After some hours dwelling together, Julia yields to her fears and curiosity: she tries to get to know and open up to Miria, who ends up finding an innocence within himself that he thought long lost. 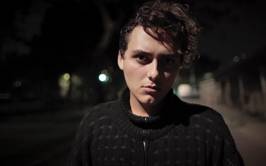 In August 2017, I chose Camilo Najar, known as Son of Sodom in the social networks, to be the main character of my first feature film. That casting delved around his life, his sexuality, the future he saw for himself and drugs. A week later, aged 21, he died from a heroin overdose. Who was Son of Sodom? 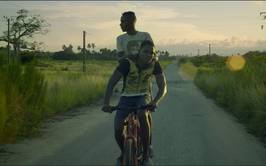 Someone awakes in the middle of the night, unsettled by images of a distant journey. He's uncertain about what happened. The faces of people from a small town blend into one over the years. Their actions are vague, aimless. Dreams, recollections and stories converge. There is a lost dog, a pigeon keeper and a soccer match. Maybe what happened is just an excuse to rekindle something that lies deep.