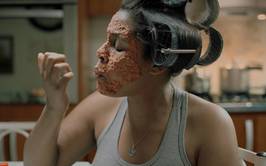 Carolina is a well-known Venezuelan singer who had to migrate to Colombia and work as a maid due to the political crisis in her country. Now she is trying to resume her artistic career. 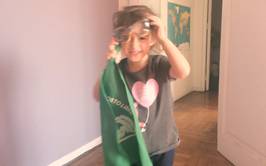 Alkisti, 32-years-old and originally from Greece, shares the same house in Santiago with Mara, 4-years-old and born in Chile. Alkisti is Mara’s godmother and a close friend of her single mother. While Mara and Alkisti develop a strong friendship, outside the house unfolds the most important uprising in the country since the return of democracy. Alkisti has been going to the marches and brings her adventures home. Mara cannot take part in the revolt but she is affected and inspired by it. In the midst of all this context, they both start to invent a tale about feminist resistance, collective care and survival. The protest is interrupted by the pandemic but their tale goes on while they both isolate themselves at home, just as the women protagonists of their story confine themselves to the castle. Mara invents the ending: she becomes a kindly queen to fight the beast and takes all the women under her care. 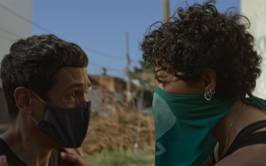 A group of young people on their way to a demonstration in Guadalajara, México are suddenly kidnapped by the same forces they were trying to protest. As the group is plunged into darkness, not knowing if they will ever see the light again, the memories of a young man — and the many that became victims before him — emerge. A reflection of police brutality in today’s world. 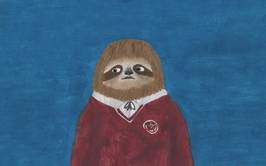 The youngest daughter of a family of sloths rebuilds her parents' and three siblings' story. Behind the human normality of a family, the wild spirit appears in everyday life's details, turning everything into untameable memories. 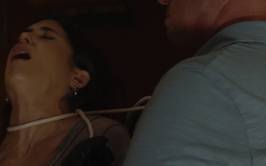 An ensemble of actors worships a mysterious object –The Bobbin– which they believe is the magical ground for their success. Shortly before opening night, The Bobbin is destroyed in a chance accident, putting into doubt their powers to go on stage.