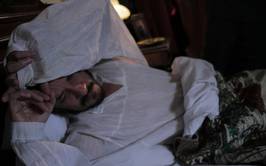 'And yet, I close my eyes and plunge into myselfand I see the light of another sun, another abyss.' 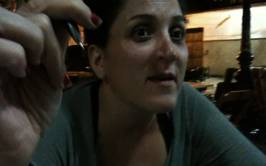 Having some drinks, intimate friends talk about important issues (maybe very important ones). 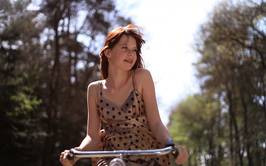 Every 13-year-old girl dreams of that nice, but hard-to-get, boy. And Joppe is no different, consulting her friend on how to ask Brian out. But just how should she tell Brian that she was born a boy? 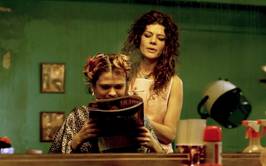 Taken by desire, Augusta, a hairdresser from Augusta Street in São Paulo,  accepts the idea of pretending to be the mother of her teenager loverGracekelly without knowing that the girl´s plan will put to test her true love. 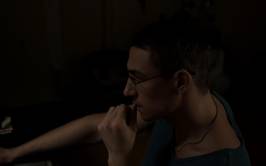 Nico is a 20 years old student, he’s living with his mother and his brother in tough financial conditions. To make money, he’s contacting men by internet and prostitute himself. One night, on the road to a night club, some old friends from school recognize him. 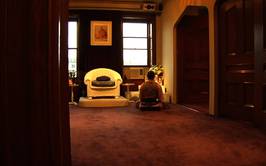 Shape of the Shapeless

The story of the spiritual quest of a burlesque performer, a yogi and an artisan who transgresses the boundaries of traditional notions of body, gender and sexuality. 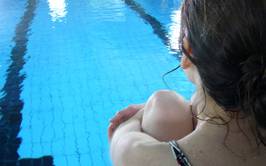 One day Maja discovers she is pregnant. The film explores the situation from her point of view, drawing us in as she tries to decipher what is happening. And then Maja writes a mysterious letter. 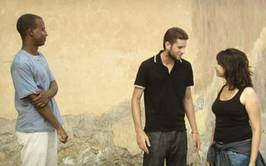 Casablanca, Ghali and Mohammed.  A chronicle of the friendship between two young men from opposite social backgrounds. 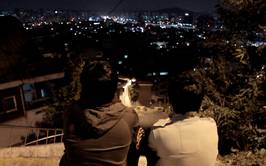 There's a boy who keeps a sexual relationship with a man for money. One day, the man has no money to spare, so he promises to pay the boy the following day. Next day, the man tries to go see the boy while avoiding the eyes of the boy's older brother. 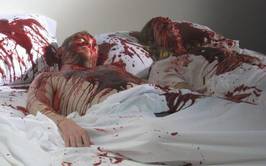 A harrowing take on family ties, true love and murder. 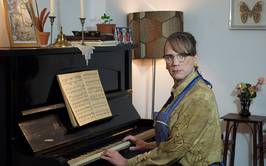 I'm not the Enemy

Is it possible to ever come back from war? For those who have tasted it, returning home doesn't signal peace but a self-destructive assault of the mind. 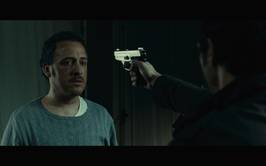 After the murder of Leo’s wife a single idea circles endlessly within his head: revenge. 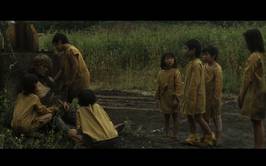 It's the world where adults are dying out and only children are left. The children feed themselves on the flesh of remaining adults to survive. On the day the kids finally hunt down an adult, Kyung-won, unlike the rest of the kids, stops them from eating 'it' saying that it's rotten. 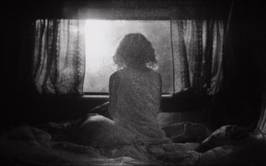 Until The River Runs Red

16 Year Old Chloe is the only daughter of God. Travelling around with her parents, she spends her days roaming the secluded countryside searching for the mythical "Red River". As Chloe's story unfolds we realise the horrific truth of what brought them there. 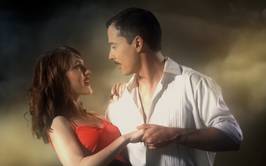 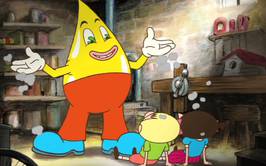 Once Upon a Time There Was Oil

In a garage, two children search through the shelves and knock over inadvertently an oil can. A drop falls to the ground and turns into Goutix, the official mascot of Meroll Oils, for frying and engines, who will take the kids to a marvellous journey in the factory. 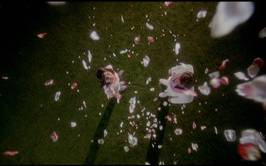 CÉSAR, a young guy lost in a private world of fantasy and idealisation, will do everything he can to win the love of his life, Lucia, or as he likes to call her, “LUCILLE”. The film is a romantic comedy about the importance of not giving up hope, even when all indications are to the contrary. 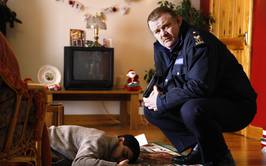 Two policemen learn life lessons on a house-call in rural Ireland; Frank is young and heartbroken… Con is middle-aged and weary… They’re both alone. They’re both idiots. 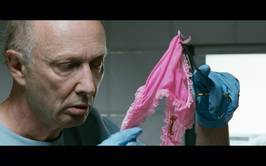 Bert's scantily dressed downstairs neighbour, Klaasje, comes by to borrow a cup of sugar, a standard situation with a possibly sexual outcome. When she lets the cup slip from her hands and they both try to catch it, destiny strikes. 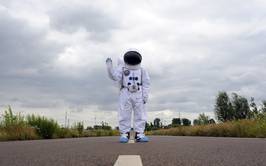 The Astronaut on the Roof 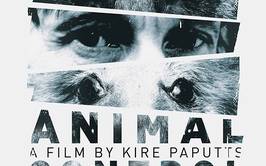 Larry works for Animal Services. His job is picking up road kill along the highway; his hobby is taxidermy. Socially isolated, his home is his sanctuary and his only companions are the animals he's stuffed. 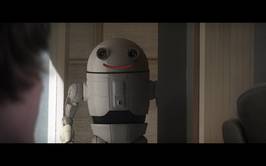 Soon every home will have a robot helper. Don't worry. It's perfectly safe! 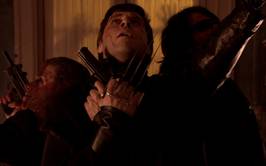 A fragile border separates our world from the realm of darkness, where nightmarish creatures await in the shadows. Only standing in their way: a secret order of priests who devote their souls to protect this border. They are the 'Deus Irae'. 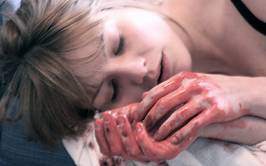 In true love, emotions are overwhelming. Positive emotions. Negative emotions. So what if there is a little blood? This would be a perfect romance, so no long as no one bleeds to death. 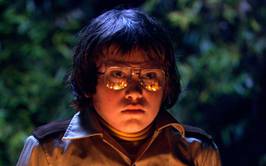 When a campfire ghost story awakens an evil monster, it's up to nerdy Danny Zigwitz to save his fellow campers from a bloody massacre. Crank up the volume and scream along to this musical gore-fest in the woods!