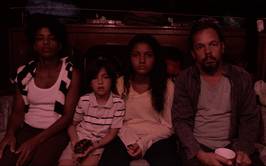 A Ilha do Farol

People say that the island sank four centuries ago, hit by a meteor. Some say it
simply got tired of being an island and became sea. There are those who ensure
the island is not an island. Until this day there are those still looking for it. 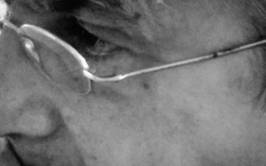 Trip to Bahia, ten years after. 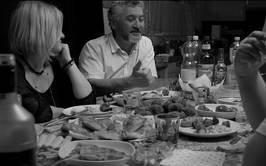 Between melancholia and fights, between laughter and anger, six members of former USSR share a dinner. They are trying to remember the good days of the Soviet Union, a lost universe. They used to be unified with a common education but today they are from six different countries with six different languages. 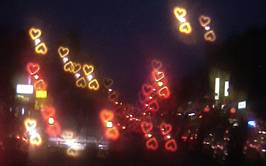 “The dead fish story” is a fragment from the film "Years ago, I was working on a movie..." which is both a documentary "sort of"; and a story being told by Tom Jarmusch, driving his car while I'm shooting the lights of New York City at night. It's a journey, a promenade, wandering the streets of the city as well as Tom's stories about NYC in the 90ies, and cinema, and stores that don't exist anymore. It is also a documentary about the birth of a friendship. “The dead fish story” is the first story told during that promenade, Tom remembers working on Robert Frank’s “Last Supper”, and old church and a drug dealer on the block. 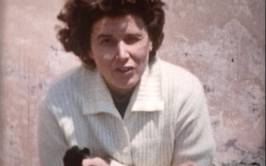 About Art, My Family And Me.

I’ve made an essay-film! I tried to answer the questions I have as a young adult. What does art mean to me? How is art connected to my family? And who am I in between? Using only archival footage from my family, adding my improvised comment to it, a cheerful short film was born.